068: Stretching is Not Only Neural 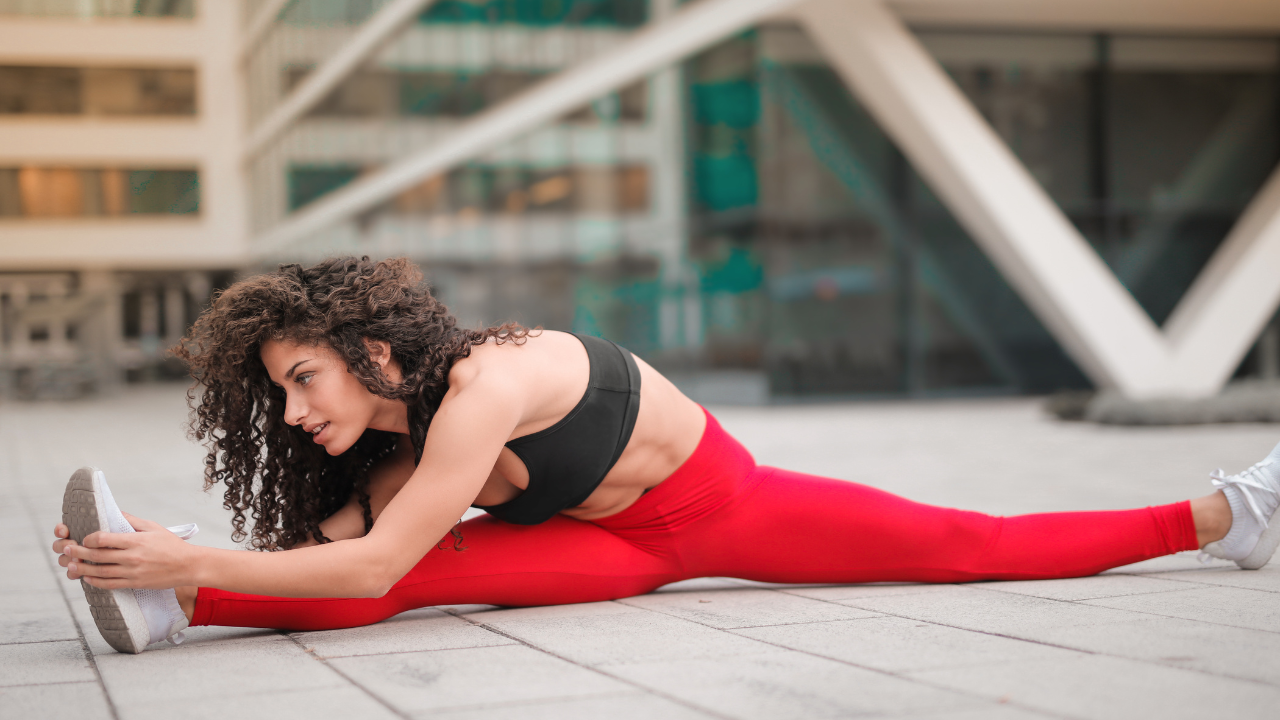 "Stretching is only neural!" is becoming an all-too-frequent proclamation in health and fitness. Trainers and therapists from varying backgrounds make this claim, which presupposes that adaptations to stretching - static passive stretching in particular - are only neural. Individuals with a bias against stretching might also state that the neural-only nature of adaptation proves stretching's lack of effectiveness and that it should be removed from the training programme. Such a contention is, of course, absurd.

Two glaring issues exist with these kinds of statements. 1) An abundance of solid evidence has established the existence of non-neural stretching adaptations, and 2) stretching works regardless of whether it causes changes in the nervous system or elsewhere. Since the bulk of this post addresses the first issue, it begins with a brief discussion of the evidence supporting the effectiveness of stretching.

The main reason why most people take up stretching is to increase their flexibility, as measured by a given joint's range of motion (ROM). Stretching has a rich history in both society and clinical research. The ancient Chinese physician Hua Tuo prescribed stretching exercises to his patients as a method of therapeutic exercise (Kunitz, 2016). Stretching as a form of exercise to improve flexibility appeared in Post (1884). It also appeared in the scientific literature as a physical therapy method as early as the 1920s (Rathobone, 1929). Since then, many authors have reported improvements in flexibility after stretching, such that stretch-induced increases in ROM are one of the most consistent findings in the biomedical literature (Opplert & Babault, 2018; Thomas et al., 2018; Cayco et al., 2019).

People claiming that stretching adaptations are only neural almost always refer exclusively to static passive stretching. More specifically, they are referring to the theory of stretch tolerance, which states that repeated exposure reduces the discomfort of a stretch. The theory emerged in scientific reports in the mid-1990s (Magnusson et al., 1996). The present consensus is that it explains most improvements in flexibility, at least in the early stages of training (Freitas et al., 2018).

Adaptations following static passive stretching do not occur only in the nervous system. Nevertheless, even if they did, there is still no denying stretching's proven track record for improving flexibility in the scientific literature. It is also impossible to ignore the experience of tens of millions of people worldwide who stretch in yoga, dance, gymnastics, and martial arts classes and see tangible increases in their flexibility.

People who claim that stretching does not work because adaptations occur only in the nervous system fail to see the irony of their statement - stretching must work for any adaptation to happen, irrespective of where that adaptation occurs in the body! It makes as much sense as saying lifting weights does not work because adaptations occur mainly in the nervous system, which they do initially (Häkkinen, 1989).

Biological cells are the smallest and most basic units of life, and our bodies contain trillions of them. The field of cell biology aims to improve our understanding of cellular structure and function and how cells interact with their extracellular environment. Until recently, cell biologists solved most problems within a biochemistry context using genetic and molecular interventions. For example, cell function regulation by extracellular signals was understood mainly from the perspective of molecules binding to specialised receptors on the surfaces of cells.

However, there has been a recent paradigm shift in our understanding of cellular function, establishing the vital role mechanical forces play in diverse physiological processes. An expansive body of evidence shows how mechanical forces serve as extracellular signals that drive cellular formation and function. Furthermore, we have developed a firm grasp of how our cells evolved to detect and respond to such signals. Mechanical forces are so critical to the health and survival of our cells that disruptions in mechanical sensing and function are now implicated in the development of several diseases, such as osteoporosis and cancer, and are considered significant health risks.

The merging of mechanics - a subdiscipline of classical physics - and cell biology has led to the emergence of a relatively new discipline: cellular mechanobiology. Researchers in this field examine how mechanical forces are generated, transmitted, or detected and thus cause changes in cellular function. One of the earliest references to mechanobiology was by van der Meulen in 1993. The basic premise of mechanobiology is that cells sense mechanical loads such as tension and compression, and they use this information to drive the various biological processes they evolved to fulfil. However, despite mechanobiology's novelty, the underlying principles were outlined in the works of Wilhelm Roux and Julius Wolff over a century earlier (Roux, 1881; Wolff, 1893).

The latter of these two figures is the most well-known. Before the term mechanobiology appeared, "Wolff's law" had become a universal misnomer to describe any tissue adaptation in response to mechanical loads, including in tendons and ligaments. Discussion of the term's evolution is beyond this article's scope, but remember that "Wolff's law" applies to adaptation occurring within bone tissues only. Furthermore, "Wolff's law" is not without flaws; it is often criticised for being oversimplified and relying too much on mechanics while ignoring significant hormonal and nutritional factors affecting bone cells (Bertram & Swartz, 1991; Cowin, 1997).

An essential aspect of cell biology - and therefore cell mechanics and mechanobiology - is that the interior of a cell is not a simple amorphous soup of materials. Instead, a cell's interior has a wide variety of small subcellular units called organelles, each with its own particular function that contributes to the survival and function of the cell. Some examples include mitochondria (responsible for energy production by conversion of glucose metabolites into ATP) and nuclei (repository for DNA and the site of transcription).

Cell organelles perform various functions, which is crucial for cell mechanics and mechanobiology for numerous reasons. However, perhaps most relevant to this post is that cells respond to several signals - including physical forces - by altering their expression profile. A cell's phenotype (all of the different processes involving gene and protein expression that result in the cell's specific shape and function) depends partly on mechanical forces acting upon the cell. Ways in which a cell's phenotype adjusts include changing the cell's shape, increasing or decreasing levels of different proteins, and altering the overall behaviour - motion, activity, and proliferation - of proteins. For example, Chen et al. (2008) established that stretching a cell leads to the up-regulation of mRNA and proteins from particular genes. Researchers have put forward several hypotheses to explain these observations, including stretching forces unfolding proteins (Strick et al., 2003; Galera-Prat, 2010) and nucleic acids (Woodside et al., 2008; Zhao et al., 2008; Bao et al., 2017), the cell membrane itself flexing (Arulmoli et al., 2015), and others.

One of the most robust hypotheses that explain observable changes in cell phenotypes in response to mechanical stretching is related to fluid flow. The human body is filled with fluid: air, blood, cerebrospinal fluid, extracellular matrix, and more. Mechanical loads like passive tension during stretching create pressure gradients (Ji et al., 2002; Sleboda & Roberts, 2019; Sleboda et al., 2019). When these loads are imparted on fluid-filled tissues, the result is fluid flow, i.e., the motion of fluids in response to force. This fluid flow exposes cells to different physical signals, one of which is convective chemotransport, i.e., the carriage of nutrients and signalling molecules by the fluid motion. It also subjects cells to fluid shear stress.

There is also cellular strain to consider. One of the primary functions of the musculoskeletal system is to generate forces during movement. Therefore, mechanical strain is imparted on cells within musculoskeletal tissues. For example, articular cartilage is subjected to cyclic compression during walking, which deforms the matrix and the cells therein. In addition, Langevin et al. (2013) reported that tension from static passive stretches causes fibroblasts (the most common cells in connective tissues) to change their cellular structure.

Musculoskeletal cell membranes are also mechanosensitive because they contain specific structures that detect changes in the surrounding extracellular environment while maintaining intracellular integrity. One of the best-studied mechanisms of mechanosensing is membrane tension, which is well known to contribute to an increased probability of ion channel opening. Regions on the cell membrane called stretch-activated ion channels evolved, as the name suggests, to respond to stretch-induced membrane deformation. These channels are made from transmembrane proteins enclosed in a hollow channel that opens when subjected to tension, i.e., stretching. Ions - electrically charged atoms - move quickly through an open channel, which immediately changes the transmembrane potential and calcium concentration in the intracellular space; this allows for rapid signalling to occur in a matter of milliseconds.

Thomas, E., Bianco, A., Paoli, A., et al. (2018.) 'The Relation Between Stretching Typology and Stretching Duration: The Effects on Range of Motion.' International Journal of Sports Medicine volume 39, number 4, pages 243-254.