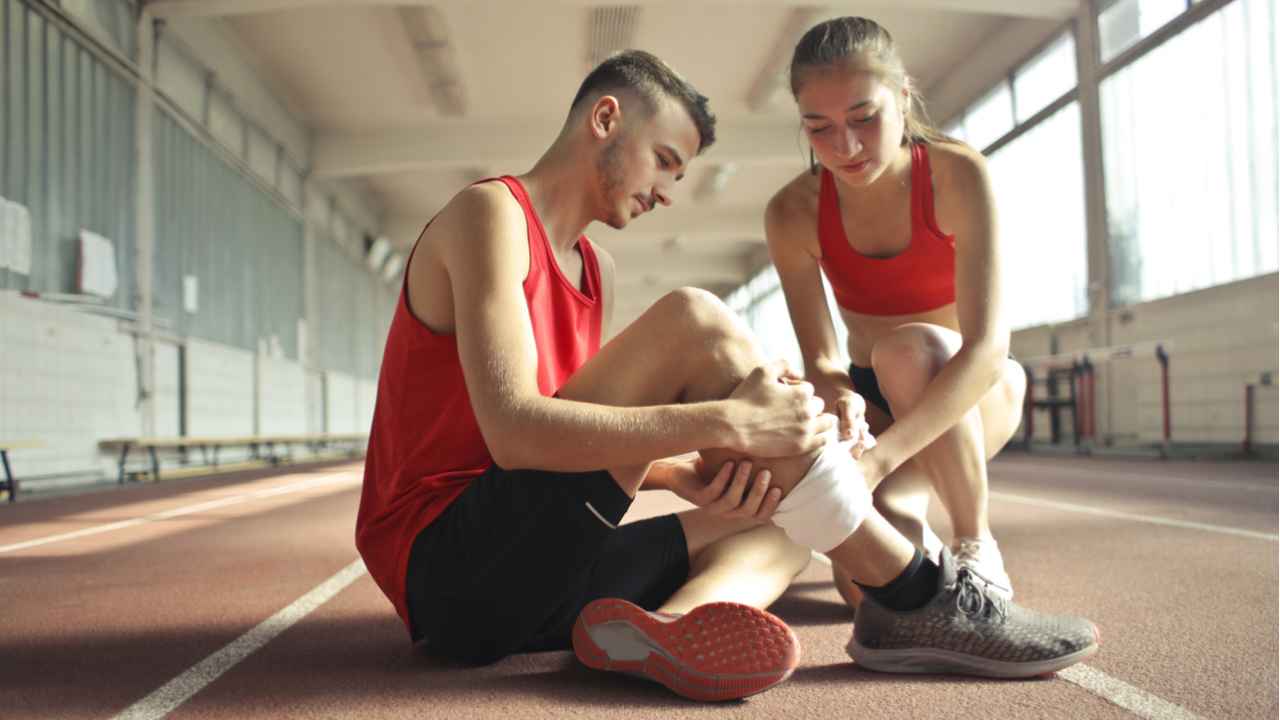 In the previous instalment of the blog I recommended an episode of Brené Brown's podcast in which she provided strategies for coping with FFTs (F-ing First Times). Humans have a tendency to beat themselves up mentally whenever they struggle getting to grips with a new experience for the first time (the first "F" in "FFT" represents the curse words most of us throw out in exasperation at our own sheer incompetence). Of course we're going to be incompetent - it's our first time doing the thing after all.

Something that most of us past a certain age or with a particular level of fitness training experience will be well acquainted with, and which makes us feel no less incompetent than an FFT, is physical injury. I have certainly had my fair share of injuries, which historically include broken bones, dislocations, and even joint replacements, mostly of which were by virtue of my military service. The past year has also proved extraordinarily frustrating as I have experienced more incidents of injury than in the prior five years combined.

In October 2020, I fractured my right patella (kneecap) falling in a coffeeshop. It was a fluke accident caused, ironically, by my attempt to stop another elderly customer from falling over and potentially hitting her head. I discovered later that I had sustained damage to the MCL and meniscus of the same knee, presumably from the incident that broke the patella, and so arthroscopic surgery was required to address those injuries.

Upon returning to physical training I noticed a constant niggle high up in my groin, likely a short adductor such as pectineus or adductor brevis, which made stretching uncomfortable and added to the mental strain that had been accumulating since October. The niggle, diagnosed by a physiotherapist as a chronic groin strain likely caused by altered kinematics owing to the original patella injury, did not improve one iota in nearly six months.

Frustrated with the lack of response to conventional rehabilitation efforts, I underwent PRP therapy, in which a concentrated serum of platelet-rich plasma protein derived from my own blood was injected into the site of the groin strain. The PRP injection started to make a noticeable difference in just a few days, and nearly a week later the strain feels significantly better, despite my initial reservations (I have my good friend Gray to thank for suggesting the treatment in the first place). Unfortunately my injury story does not end here.

During today's karate session I felt an intense popping sensation at the back of my right knee as my foot stepped down to the floor after throwing a knee strike on the pads. Given my innate human proclivity to catastrophise, my thoughts immediately went to a posterior cruciate ligament rupture and, potentially, further knee surgery. However, now that a few hours have passed and the pain has since been replaced with a dull ache and a clicking noise that occurs only during maximal knee flexion, I'm less convinced it's the PCL and more of the brief that it is associated with the popliteal muscle (all other knee actions including full weight bearing feel fine).

It would be reasonable to feel disheartened by what is evidently yet another injury, to the same bothersome joint, no less. But now, later in the day, I feel quite nonchalant about this new injury, primarily because I just finished writing in my evening journal - I keep two, the other is where I place all my thoughts first thing in the morning - and so my head feels less crowded with negative thoughts. I recommend keeping a journal - or starting one if you haven't - as a way to manage with the mental and emotional load that accompanies stressful life events like injuries. It also works well with break-ups, redundancies, arguments with loved ones, demanding bosses, disgruntled customers, and so on.

Anyone who experiences a significant number of injuries like I have also comes to realise - once the primary shock, fear, and anger subsides - that, although some persistent injuries last a long time, none last forever. (It goes without saying that I am not referring to permanent disablement here.) Age brings inevitable physical suffering, and with that there is a certain level of acceptance that makes the aches, pains, and niggles a little easier to deal with.

So, if you have an ongoing injury, my advice - apart from "Get older" - is to write down on paper exactly how you're feeling (old-fashioned writing with a pen seems to be more cathartic than typing) to unburden yourself of some of the mental baggage that always accompanies the physical pain and loss of movement. Of course, other strategies exist, like meditation and talking with someone you trust, but for me, writing has always been profoundly powerful. I even feel better after writing this blog.