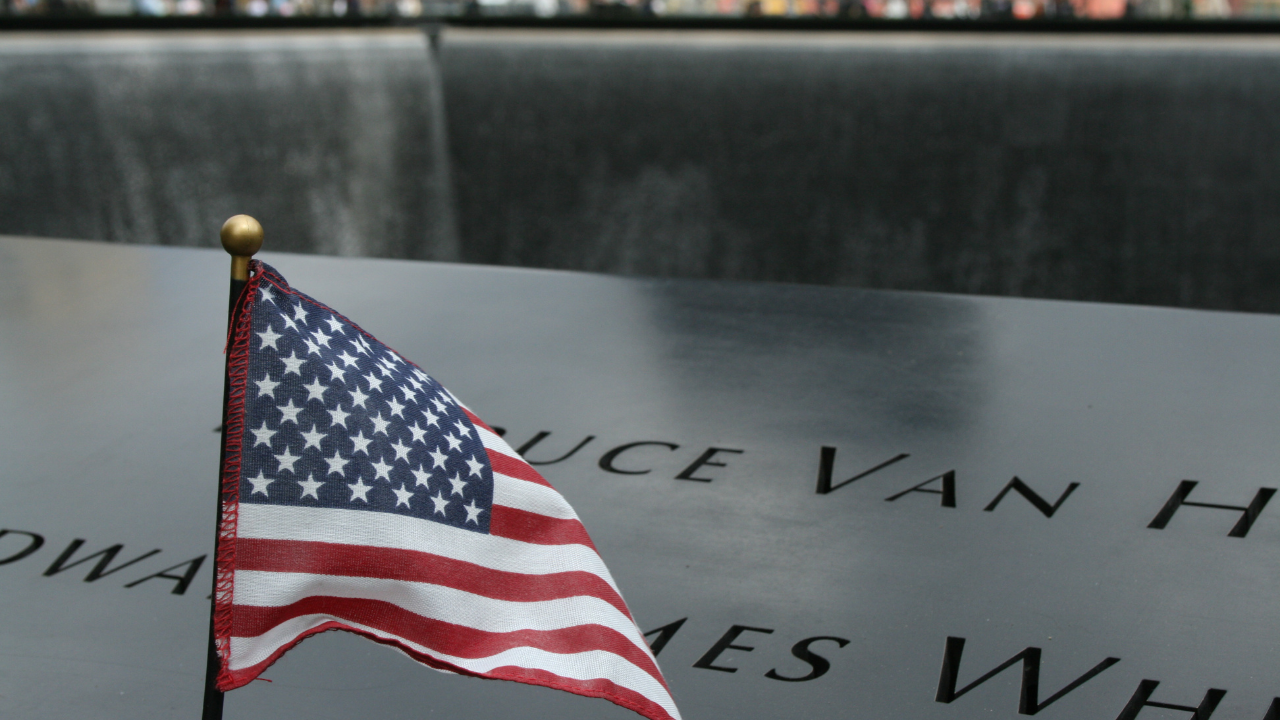 Arriving home, I walk in and see the TV set in the lounge.

I stand there, mouth open, as I watch a plane crashing into a building.

Inside, a feeling tells me nothing will ever be the same again.

September 11th is one of those big "where you were when" moments for my generation.

I suppose it's the millennial equivalent of the death of John Lennon for my parents, the assassination of JFK for my grandparents, or even Covid-19 for generation Z.

On that day, I was in a philosophy lecture debating with other students about the differences between freedom fighters and terrorists; I didn't realise the irony of that particular conversation at the time.

We were the first generation where every college student had a cell phone (they were nothing like the smartphones of today), and I distinctly remember the moment when everyone's devices started beeping, chiming, and vibrating, almost in unison.

"There's been an accident," someone said.

"A plane has crashed into the World Trade Centre," said another.

Admittedly, I didn't yet know what the World Trade Centre was, but I soon would.

I assumed the reports of the crash being an accident were accurate, and, as class was dismissed, I decided I would read about it on various news websites when I got home (most cell phones didn't have Internet in those days).

Thinking back to the moment when I walked into my house and saw footage on the TV of United Airlines Flight 175 impacting the South Tower, I can still feel the visceral punch to the gut as strongly today as I did then.

Like countless other people, my body was swimming with a cocktail of emotions: shock, confusion, despair, worry, and a burning rage that I swear could have boiled a bathtub full of water from ten feet away.

For the rest of the day and well into the early hours of the following morning, I was constantly reading news websites and exchanging theories with people from around the world in chat rooms.

I felt compelled to do something, do anything.

Putting my plans to complete a sports science degree at university on hold, I walked into the nearest army recruitment office and told them I wanted to enlist.

I was still a few months shy of my eighteenth birthday, but my parents wouldn't sign the release forms, so I had to wait until I no longer needed their permission.

My score on the entrance exam meant I could pick any army job I wanted, but I wanted to be a grunt, where the action was.

I graduated from infantry training the following year, and while I never went to Afghanistan, I did see Iraq.

I never got to make the difference I had hoped for because my army career was cut shut by injuries sustained while on deployment.

I spent a year in physical therapy before being medically discharged and left to get on with my new life as a civilian.

The events of 9/11 and resentment at how things ended in Iraq and how the army treated me once I was no longer useful to them have always made this a challenging time for me.

This week has been particularly difficult because 20 years is a significant anniversary.

I also received news that a very dear friend of mine passed away during the recent events in Afghanistan.

Out of respect for his family, I won't be sharing my friend's name or what he did for a living, but I can say he was doing good work to help people still trapped in Kabul at the time of his death.

It's going to take me a while to come to terms with my friend's passing, but for now, I'll be remembering the good times I spent with him, thinking about the families affected by 9/11, and reaffirming the promise I made to make a positive difference in this world.