031: The Origins of Muscle Mechanics Modelling 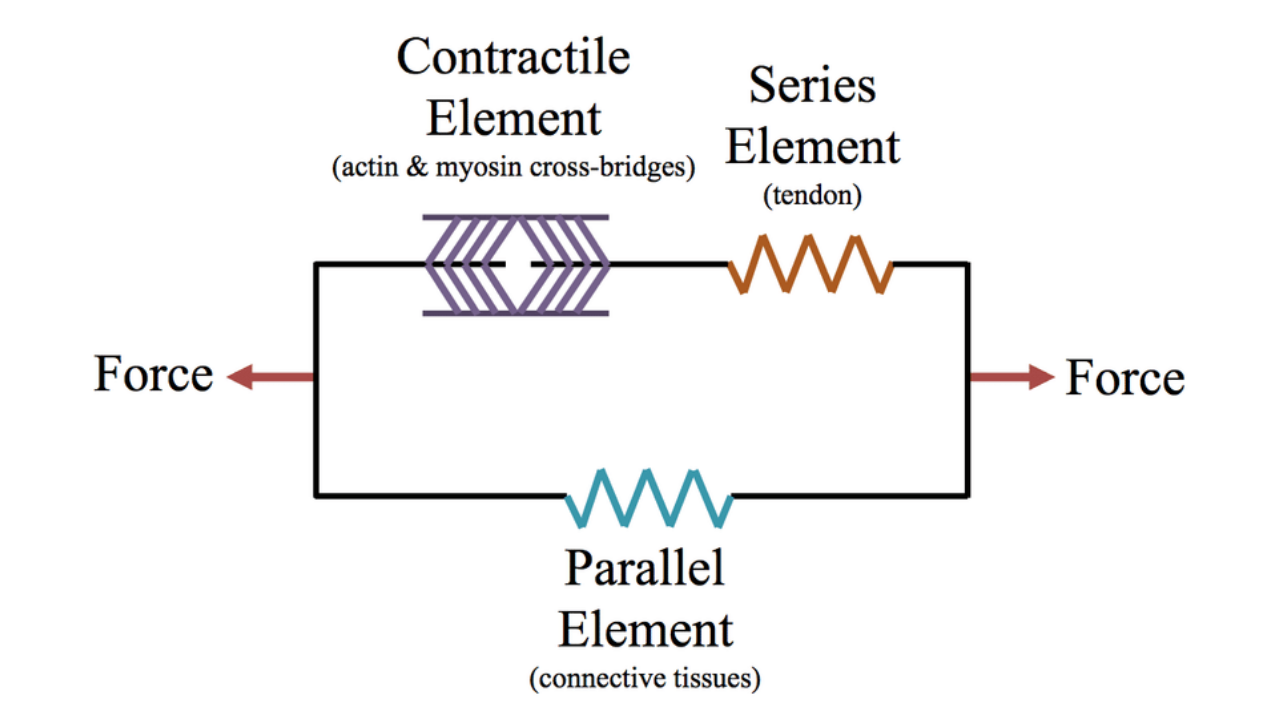 The working model of muscle contraction that we use today was first conceptualised in the late 1930s, by British physiologist Archibald Hill (hence the common name of the model: Hill's muscle model).

Hill's model integrated three very important properties related to a muscle's ability to produce force: 1) the force-length relationship, 2) the force-velocity relationship, and 3) the active state of the muscle.

Hill's model is also known as the three-element model because it incorporates three components that contribute to the previously mentioned properties: 1) the contractile element, 2) the parallel element, and 3) the series element.

It wasn't until 1954 when two separate teams, one consisting of Andrew Huxley and Rolf Niedergerke, and the other of Hugh Huxley (no relation to Andrew) and Jean Hanson, presented the first complete model that explained how active muscle force arises from interactions between actin and myosin filaments (known as the sliding filament theory).

Hill's three-element model does not explain how muscle harnesses chemical energy to generate force, but it does provide a tremendous amount of information about the relationships between length, velocity, and force.