018: Why Does Force Depend on Velocity? 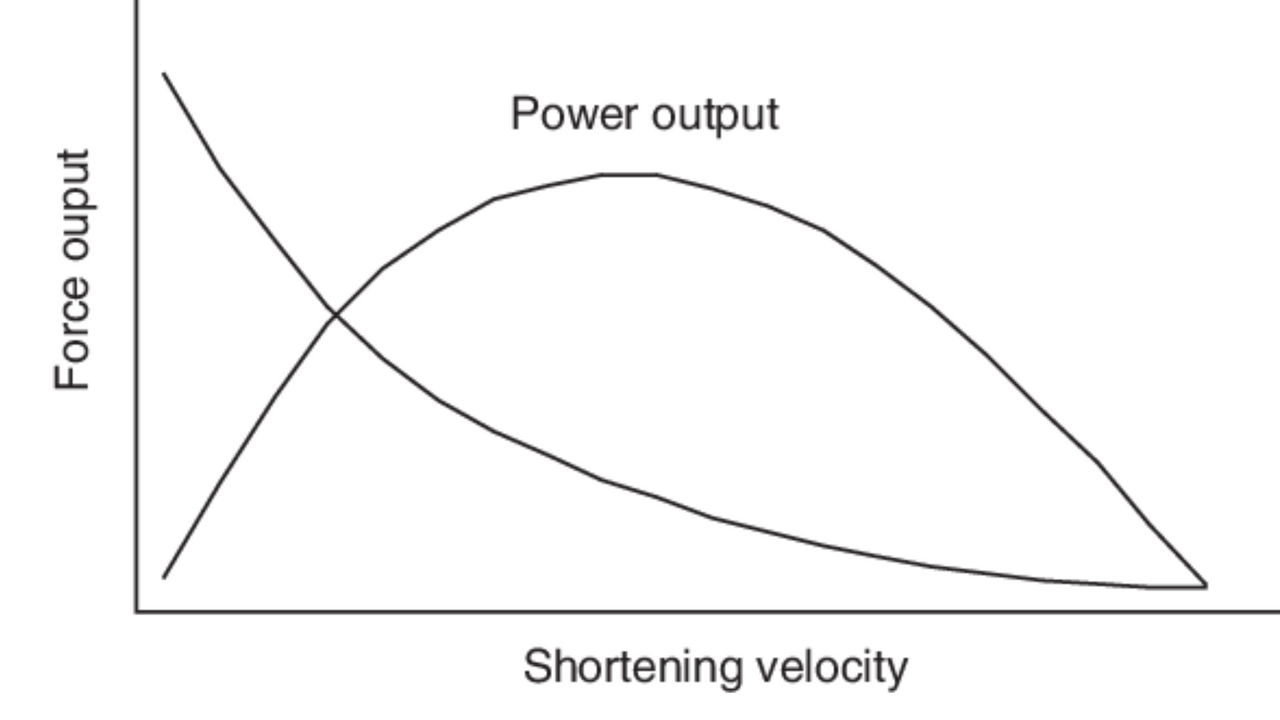 A reader submitted the question in the title of this post in response to the ninth entry of the blog ('How Do Length and Velocity Affect Muscle Mechanics'). The answer is that sarcomeres generate force (active tension) by a process called the cross-bridge cycle, which involves the heads of myosin filaments binding with and pulling on actin filaments. Although this process is fast, it takes time, so the sarcomeres produce less active tension by the cross-bridge cycle when the muscle performs a concentric (shortening) action.

When muscles shorten at very high velocities, the sarcomeres cannot generate any active tension because the actin and myosin filaments move past each other faster than the myosin heads can pivot during a part of the cross-bridge cycle called the 'power stroke.'

On the other hand, the sarcomeres can produce more active tension when the muscle performs an eccentric (lengthening) action because the neck regions of the myosin filaments experience strain before their heads can detach from the actin filaments. However, there is a limit to how fast the muscle can actively lengthen before the high velocities damage the filaments and surrounding structures, causing a rapid decrease in muscle force.